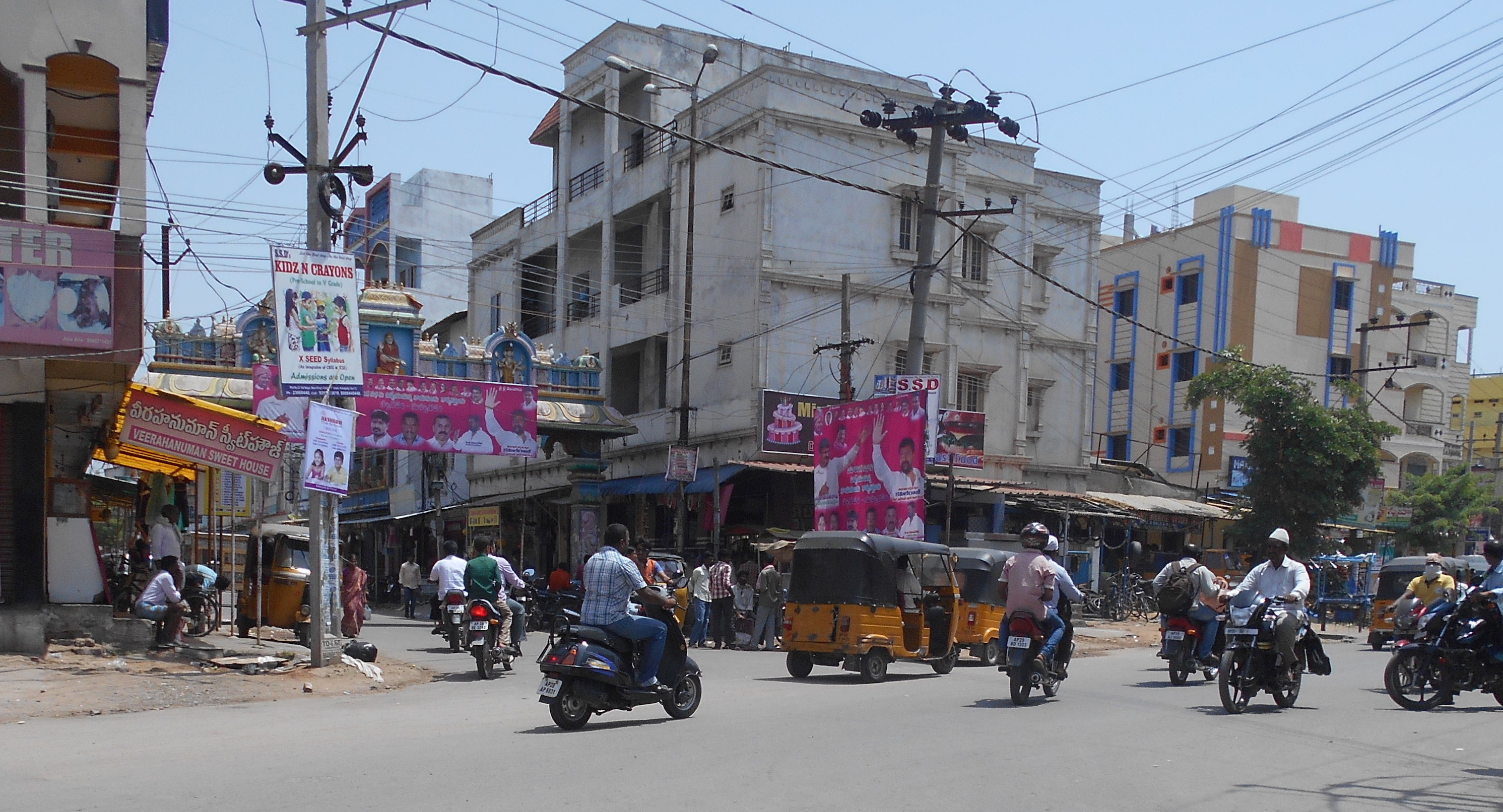 Four years back, when I was about to start the Connectors research in Hyderabad, one day I was standing in the median of a chaotic Hyderabad road, waiting patiently to cross from one end of the road to the another. Due to the metro train work most of the roads in the city looked very disorderly. While I was busily looking at both sides of the vehicle movement to cross the road, I got a tender touch in my hand. I turned my head to see what or who that was. I saw a young boy standing by me and clutching my hand in desperate need of my assistance to cross the road. He was standing with few other people who were carrying baggage on their heads. From the appearance, I got a sense that they might be the migrants from other places who, like me, were newcomers to the city, still trying to work out how to cross the road. The young boy literally appeared to be frightened by the anarchy in the road. In fact, the frenzied roads and vehicles are scary for anyone who is not familiar with them. Often, I found people especially children, elderly, and people with a disability had nightmare moments on the road, as the roads are not pedestrian friendly.

The issue of traffic or scary roads often finds a place in our conversation with children in Hyderabad particularly in our neighbourhood walk or in the discussion about the city. The anxiety of traffic was one thing that predominantly occupied a place in our conversation with most children that eventually impacted on their mobility. For example, while having a discussion on neighbourhood Ragini said she was scared to go to the main road because of the heavy vehicle movement in the road and also fear about thief. In our previous visit, she mentioned a chain snatching incident and a child kidnap and therefore she was advised by her parents to be careful with strangers and not to venture into unsafe places within the locality. She told us that she was equally scared to go to places beyond the local convenience store where she buys milk in the morning. The street after a local convenient store leads to a main road, which has lot of vehicle movement, so she is scared to go over there.

Similarly, Harish took a photo of the road in his area and explained us through the photo his fear about road(s) in his street as well as in the city. He said he is scared of city roads, as they are generally perceived to be unsafe and full of vehicles. He never crosses the road on his own, either he takes the help of his parents or brother or elder friends. The roads are very busy in the mornings and evenings. Among the vehicles on the road, he is scared of auto, car and bus as they are big in size when compare to two wheelers.

While hearing children’s anxieties and the fear of road in the city, I was wondering how the feeling of fear creates an impact on the mobility of children in everyday life. To what extent children’s experiences and orientation of public places, especially the roads and traffic, and the affect it generates have significant effects on children’s other activities, for example, outdoor play, visiting friend’s place and navigating the local neighbourhood. Indeed, a sense of being/belonging is socially situated so it’s necessary to understand how children make sense of their everyday life experiences and how they perceive the dominant images of the city and its roads as chaotic and anarchic.